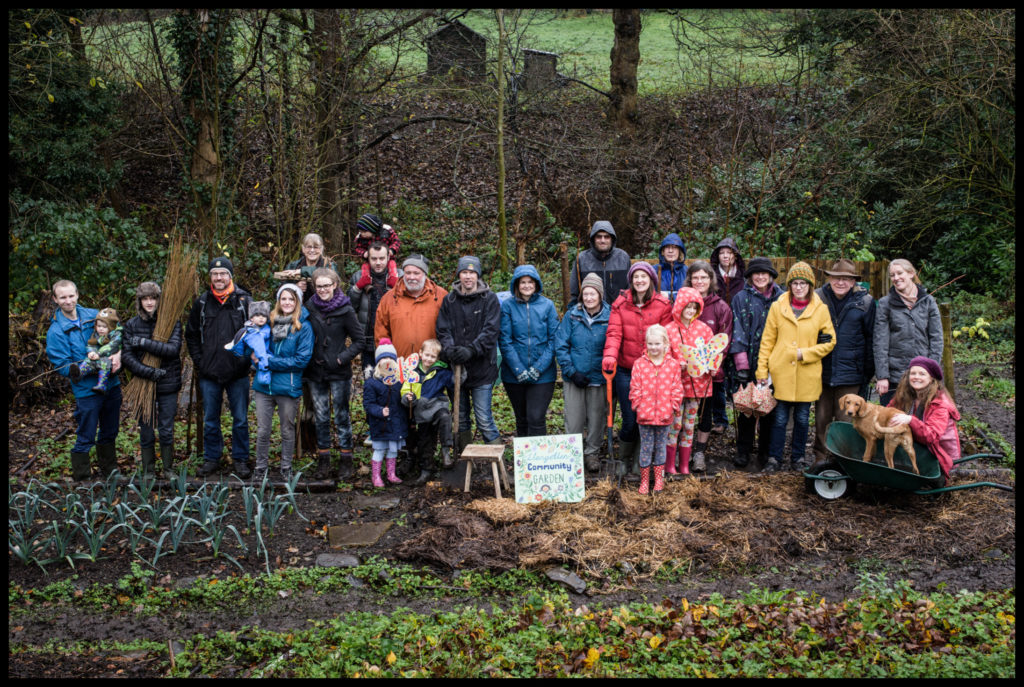 What is going on?

A developer has approached DCC (Denbighshire County Council), who own the land on which the garden operates, proposing that they be ‘gifted’ the land, in return for carrying out building work at Plas Newydd. The Asset Management Group at DCC decided in November to proceed with this proposal, and in early January they will either ratify that decision or choose an alternative action. We found out about this proposal 4 days before the meeting in November when one of our local councillors brought it to our attention.

What is the Asset Management Group?

The group is made up of council officers and one elected cabinet member. Members of the public cannot attend their meetings, but local council members can choose to attend. At the last meeting of the AMG, one of our local councillors, Cllr Graham Timms, went along to deliver a statement from us.

Is the land part of Plas Newydd?

Looking at old maps, it looks as though the garden did at one stage belong to the ladies of Plas Newydd. It later became part of Glascoed (the red brick house next door to Plas Newydd), and was developed as a kitchen garden. In the 1980s planning permission was granted to build houses on the site, but the houses were never built. In order to protect Plas Newydd’s boundaries from development, at the first opportunity DCC bought the land. At this point the kitchen garden had fallen into disrepair, DCC did some work to tidy the site up, but without adequete resources they were never able to keep on top of maintenance.

Why did DCC buy this land?

The land was bought by DCC with the express purpose of protecting the boundaries of Plas Newydd from development. In essense to ensure that the views out from Plas Newydd were kept special, and that none of the history of the important site was lost. On the site is a Weavers Mill, which is thought to date from before 1800. It is the last free standing Weavers mill in Llangollen, and an important part of the historic textile industry of the town.

How much is the land worth?

DCC have not commissioned an independent valuation of the land. But they have estimated that it is worth between £40k-£80k. They expect that the work to be carried out at Plas Newydd will be worth somewhere in that region.

What work is going to be done at Plas Newydd?

At a meeting with a DCC officer we were told that the council does not yet know what work will be carried out. The developer has suggested they could add an extension to the cafe at Plas Newydd, but this is just a suggestion, which may or may not be taken forward.

What about this ‘alternative site’ you’ve been offered by the council?

We have not received a formal written offer for any alternative site.

A small corner of our current site is not being used for planting due to difficult terrain, shading from large mature trees, and it’s closeness to the river. The corner is also covered in Laurel trees, meaning the ground cannot be used for growing for some time after their removal. DCC suggested we could rip up all of our current planting beds, wildflower beds, and coppice area and move into the tiny space at the end of the plot. We argued that the area they were suggesting we used was not suitable for growing, and that being uprooted and pushed into a corner was unfair.

The developer has also suggested to DCC a different alternative site, moving away from the current location. Neither the developer nor DCC own this site, and so far all we’ve heard is that we may be able to use it. We have had no formal offer on this site, so we have no details of tenure, or even basic information like whether water is available. We do have an outline plan which shows the site location, a good distance further away from the primary schools and a plot about 5 times smaller than our current growing area.

Does the community garden lease the land?

We operate on the land under a license rather than a lease. We provide a service to the council – we keep the land and boundaries tidy, previously the council didn’t have the resources to look after the site. We also keep people off the allotment waiting list. The allotment waiting list is over 10 years, but people can start at the community garden whenever they like. Local school children use the site, helping them to learn about the natural world and food production. We also provide a service to the community, community gardening has been shown to help individuals learn new skills, make new friends, gain in confidence, improve their diet and get more exercise. Our license gives us very few legal rights, and we can be removed by DCC giving us 4 weeks notice. However given that we provide a service to the council at no cost them, and a valuable service to the community we are urging DCC not to evict us from the land in pursuit of uncertain short term financial gain.

Can the community garden buy the land?

Failing that cooperative approach, then we would love to buy the land. At the moment, due to the current proposal being on the table, DCC won’t give us a price. This makes it difficult for us to make a reasonable offer. If DCC choose not to proceed with the developer’s proposal, and DCC do not want t work with us, then we would look into getting a valuation done on the site to enable us to properly consider how much to offer.

Please feel free to get in touch.

Do you feel  strongly about this proposal?

Please share this article using the buttons below or click here to see other actions you can take.